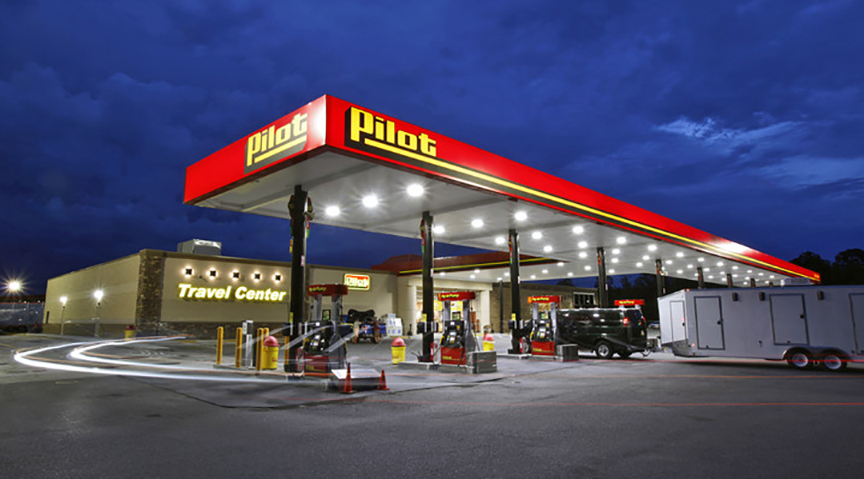 Anyone who has ever traveled with children, let alone driven long stretches with little ones, knows that a family road trip is just about the least relaxing thing a parent can do.

It’s true that plopping children into the backseat and driving for hours on a lonely highway is not the first thing that comes to mind when considering a relaxing family getaway.

Sometimes, however, it can’t be avoided. If families want to visit some of the more stunning sights and national parks in this country, it often comes at the price of a long car ride.

According to an IPSOS research study, while more than 66 percent of Americans are planning a summer road trip—with a significant number of those families traveling over the Fourth of July weekend—a majority (57 percent) of parents believe it will be stressful.

As one of the largest operators of roadside travel centers in North America, Pilot Flying J commissioned a survey of 1,000 parents who are planning a family road trip and have children under the age of 18.

The study found that there are some key stressors for families on the road: Finding fresh food and access to clean restrooms were some of the top concerns for parents while “Where to stop” is one of the top reasons families argue on a road trip.

Sixty-five percent said food options stressed them out the most.

Fifty-one percent of Gen-X parents said that food was of great concern as did 42 percent of boomer parents.

The survey found that 88 percent of parents (nine out of 10) said that they would be more likely to stop at these locations. READ MORE: 8 Rules for an Epic Road Trip

Almost all parents said that clean bathrooms were an important part of their decision when deciding where to stop, and 74 percent seek out a particular brand of travel center because of its reputation for clean bathrooms.

Knowing that 85 percent of parents say that they would be surprised to find a stop that has both fresh food options and clean bathrooms, Pilot Flying J has embarked on creating a solution for families.

“Listening to our guests, and understanding their needs is a priority for us at Pilot Flying J,” said Whitney Haslam Johnson, chief experience officer for Pilot Flying J. “If we can provide what families want to take some of the stress away, then hopefully it makes their experience with us enjoyable.

As a mom of three boys myself, I understand how important that can be.”

New and renewed amenities are part of Pilot Flying J’s ongoing efforts to enhance its network of travel centers.

So when Pilot Flying J, which operates 650 travel centers along America’s interstates, was mapping out its first major integrated marketing campaign—which debuts today—it made a nervy decision. I

nstead of just touting amenities like Wi-Fi, and food and beverage choices, the company gave a starring role to its restrooms. In the brand’s new 30-second TV spot (which you can see below) and in one of its four new print ads, the commode is the best seat in the house.

According to vp of brand and consumer experience Whitney Johnson, the restroom was a necessary thing to spotlight—not that it was easy. “There’s nothing hugely sexy and glamorous about travel centers along the interstate, and restrooms are a hard thing to showcase,” she said. “But they’re important to customers and especially families.”

Ah yes, that’s the bigger idea behind this campaign…

…a print, TV and web-based effort that represents the family-owned company’s most ambitious marketing effort to date.

For years now, truck stops (sorry, travel centers) have been catering to more than just truckers, and Pilot Flying J’s campaign is clearly designed to appeal to families—customers who Johnson affectionately refers to as “four wheeled customers.”

Anchoring the new effort is a 30-second spot created by Nashville agency 3 Sons Media. It features an all-American family languishing from the boredom and fatigue of a long road trip, then being rejuvenated by a stop at Pilot travel center (Flying J and Pilot merged in 2010) with its creature comforts including free Wi-Fi, an “amazing variety of food and drink choices,” and, of course, “clean, modern bathrooms.”

Actually, the bathrooms really are both clean and modern.

Pilot Flying J is in the process of spending a cool $100 million on upgrading its restrooms, fitting them out with LED fixtures and luxurious Italian tile. But based on the research, it’s money well spent.

According to a 2016 Survey by the National Association of Convenience Stores, not only is a restroom visit the reason 70 percent of drivers stop the car to start with, restroom cleanliness is a decisive factor in which rest stops motorists choose.

Some 41 percent of respondents said that clean facilities are a critical factor in where they stop and whether they return—putting restrooms on par with food options in terms of their importance to motorists.

Meanwhile, in addition to the new TV spot, four print ads via Erwin Penland tout the gourmet coffee and the new myPilot app, which gives members a 3-cent-per-gallon discount on gas.

The company is also sponsoring the much-anticipated college football game on Sept. 10 pitting the Virginia Tech Hokies against the Tennessee Volunteers, a game now called The Pilot Flying J Battle at Bristol.

Promoters hope to see 150,000 fans in the stands of the Bristol Motor Speedway, where the game is being played. If attendance hits that figure, it’ll break the college football attendance record of 115,109. ABC will broadcast the game, while ESPN will air Pilot Flying J’s new TV spot.

Johnson said the football game isn’t just a chance to reach a broad audience, it’s also a nod to Pilot Flying J’s history since founder Jim Haslam (Johnson’s grandfather) played for the Volunteers in 1951, a few years before opening his first truck stop in Gate City, Va. “With that history—our first store in Virginia and him playing for the University of Tennessee—we felt that this tie-in was great opportunity,” Johnson said.

And if fans driving to or from the Bristol Motor Speedway decide to stop at a Pilot Flying J, at least they’ll be guaranteed clean restrooms.